May I begin this update by saying that I hope, despite the pressures of work, you have had some holidays, in recent times, and had an opportunity to take a break 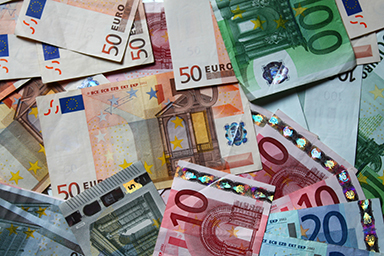 Secondly, as a number of issues are ongoing, I want to update you with regard to a number of important matters as follows:

As you will know, from the most recent update, the INMO Executive Council will meet, on Monday, 28th August 2017, to continue its consideration of the proposed Public Service Pay Agreement for the period 2018 - 2020.

The Organisation continues to be involved in discussions, with the Department of Public Expenditure and Reform (DPER) and the Public Services Committee of the ICTU.  This is to clarify how, under the recruitment/retention text, within the proposed agreement, our claim for parity of pay, with other health professionals, will be addressed.  It is our intention to have greater clarity with regard to this matter, to allow the Executive Council consider same, when it meets on 28th August 2017.

The Executive Council, at this meeting, will continue its full examination of all aspects of the proposed agreement, including the recruitment/retention section.  It will then issue a recommendation, to members, ahead of the national ballot which will take place between 28th August and 15th September 2017.

In that regard I would remind you that a series of regional information meetings, to begin briefing and balloting members on the proposed agreement, have been arranged, click link below

Further information meetings, in individual workplaces, together with balloting arrangements will be notified locally.

The result of the ballot will be known on Friday, 15th September 2017.  All unions on the Public Services Committee of the ICTU, are scheduled to meet on Tuesday, 18th September 2017, to consider the overall situation with regard to the proposed agreement.

The INMO continues, through the National Implementation Committee, chaired by the independent facilitator Mr Sean McHugh, to seek the full implementation of the staffing agreement, reached last March.

Members will recall that this agreement contains a number of initiatives, to improve staffing levels, including:

- all nurses/midwives on panels, for posts, to be given a permanent post;

- a number of other initiatives including additional CNM1 and ANP posts.

Members, particularly those who are on panels or who are graduates from 2016 or 2017, who have not yet received an offer of a permanent full-time post, should contact this Organisation, immediately, so that we can ensure they secure the benefits of this agreement.

Under the agreement the HSE must produce a quarterly report, (the next one is due at the end of September), on the implementation of this agreement.  This report must be laid before the Houses of the Oireachtas as well as given to the Minister and the INMO.

The Implementation Committee is expected to meet again, in early September, to review the ongoing implementation of this critically important agreement.

3. Nursing and Midwifery Board of Ireland - Forthcoming Election

All members are reminded that the Nursing and Midwifery Board of Ireland (NMBI) will hold elections (via e-voting) between 9.00 a.m. on Wednesday, 20th and 12.00 noon on Thursday, 28th September 2017, to fill three seats on the Board for the next five years.
I would take this opportunity to remind members that the INMO endorsed candidates for these three seats, are as follows:

The INMO will be present, in all major workplaces, during the election period (20th - 28th September 2017) to facilitate members voting in this important election.

As you may have seen, from the INMO latest Trolley/Ward Watch figures, the health service continues to endure severe overcrowding which is further compounded by poor staffing levels because of the recruitment/retention crisis.

The latest Trolley/Ward Watch figures, for the first seven months of the year, confirm over 57,000 patients, admitted for care, were left on trolleys as no bed was available for them.

The INMO is also aware that workloads, demands for services and staffing levels are also extremely problematic in other services i.e. community/care of the elderly/intellectual disability.

The INMO will be raising these latest, shocking, figures, and the patient care issues which arise as a direct result, at the next meeting of the Emergency Department Taskforce which takes on Monday, 4th September 2017.  At this meeting we will seek additional funding, to recruit extra staff, to allow for the opening of extra beds.

I am happy to report that we are now in the final stages of the major refurbishment programme, for the Richmond Building, to allow us open the new INMO Education and Event Centre.

The works are now focusing on the IT/Audio Visual facilities, that will be available within the new Centre, and this will be completed within the next few weeks.

The Executive Council is currently finalising the plans, for the phased opening of the Centre, once all elements, of the refurbishment works, have been trialled and tested.

A further update will issue on the Richmond, in September, with further details about opening dates etc.

As you can see, from the foregoing, a number of very serious issues, are ongoing at this time, all of which are related to the recruitment/retention crisis and the resulting staffing difficulties.  The Organisation’s priorities, in the coming months, will continue to be the need to secure measures which will recruit, retain and recognise the full value of every nurse and midwife in the Irish public health service.

Thank you for your attention to this update and please bring it to the attention of fellow members in your workplace.

Finally, if you are still on leave I trust you will have a very enjoyable and restful time as we move to the end of the summer period.

A further update will issue immediately after the Executive Council meeting, on 28th August 2017, regarding the proposed public service pay agreement.